Native Voices Rising, a community-driven partnership between Native Americans in Philanthropy and Common Counsel Foundation, is honored to announce the granting of $3.5 million in grants to 114 Indigenous and Native-led advocacy and organizing groups.

Established in 2013, Native Voices Rising has granted a total of $9 million to support Native-led grassroots and advocacy efforts that empower American Indian, Alaska Native, and Native Hawaiian communities. This year’s grant awardees work on an array of critical issues, including the promotion of Indigenous worldview, addressing trauma created by the U.S. Indian Boarding School policy, climate and water justice, and preventing incarceration in Native communities, to name a few.

According to multiple studies, total philanthropic dollars dedicated to causes that benefit Native communities – let alone Native-led efforts – hovers in the range of 0.3-0.4% of all grantmaking by philanthropic institutions. Native Voices Rising seeks to remedy the historic and enduring underfunding of Native-led efforts by facilitating a process for non-Native donors and institutions to learn from and build relationships with Native grassroots leaders and support Native-led organizing and advocacy.

“We’re incredibly proud of the impact we’ve made together with Native Voices Rising over the last ten years. It’s how we live our values as Native people, working with our own community leaders across the country to lead our own grantmaking. The national network of Native-led organizations funded through this program also keep our organization accountable to our mission, and inspire our growing community of funders to advocate alongside us for more equitable philanthropy in Tribal communities.“

Native Voices Rising is one of the few participatory grantmaking initiatives in the country led by Native people. NVR places the decision-making in the hands of Native leaders and advocates. Through a community-based process, each organization funded through NVR has been reviewed and considered by a minimum of four Native community members.

“Native Voices Rising’s participatory grantmaking has been crucial in ensuring that Native voices are the ones dictating their own vision. For far too long, philanthropy has failed Native communities, and Native Voices Rising is one avenue to ensure that Native organizers and leaders are claiming the space to dream, innovate, and create change.”

To deepen its commitment to Native-led sustainability and trust-based philanthropy, NVR is awarding its inaugural batch of multi-year awards to 10 Native-led organizations that are deeply aligned with NVR’s theory of change. These three-year awards allow these nonprofits to plan for the future, develop sustainable infrastructure, and strengthen strategic goals and visions for their communities.

“When a three-year grant comes along, it relieves a tremendous burden. It allows us to spend our time and effort on programming and innovation. It says that the work we are doing is seen, received, and understood. It’s a tremendous gift on many levels, and we are profoundly grateful.”

Interested donors are encouraged to learn about and contribute to the Native-led grantmaking by visiting NativeVoicesRising.org or emailing [email protected].

A complete list of organizations funded by Native Voices Rising can be found at NativeVoicesRising.org. Please support and fund these outstanding and remarkable organizations.

Native Voices Rising in the News

Native Voices Rising mentioned in The Chronicle of Philanthropy, Native News Online, and Inside Philanthropy.

Philanthropy Should Follow Where Native Women in New Mexico Are Leading 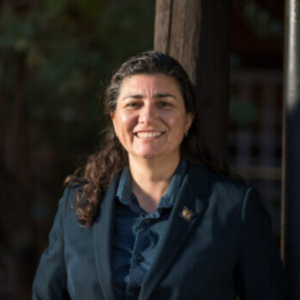 Lawmakers have bodily autonomy; so should constituents Haiti faces disasters and chaos. Its people are most likely to be denied U.S. asylum